Why the world needs Biggles more than ever
Captain, Major and later Squadron Leader James Bigglesworth, DSO, DFC, MC,
the most famous airman in English literature and surely a candidate for the greatest Briton of all time.
Telegraph 17 May 2008 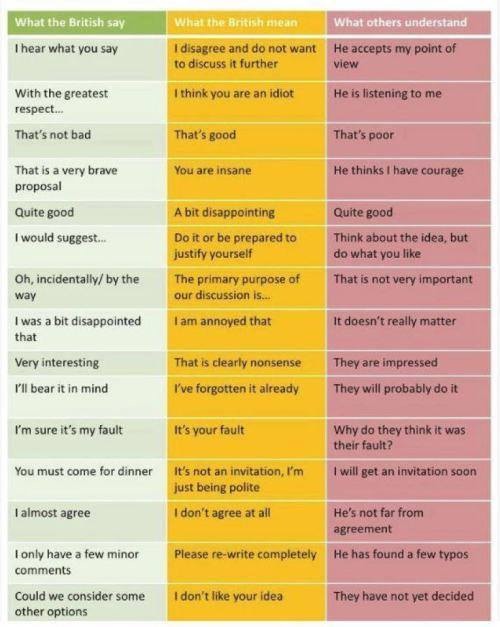 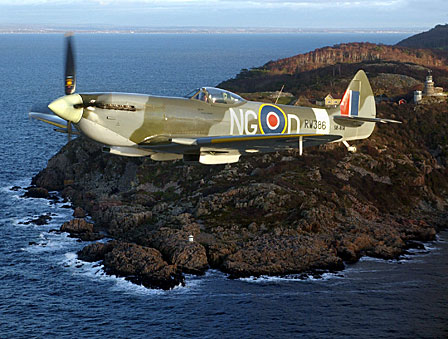 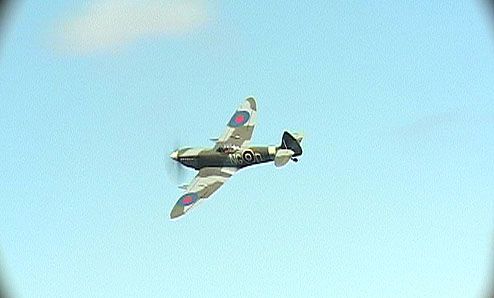 Back in 1938, for instance, Popular Mechanics magazine ran a cover story on“The Flying Wing of the Future,” an amazing machine in which the fuselage was almost indistinguishable from the wide V of the wings

Biggles Forum for discussion about Biggles, Steely, Worrals, Gimlet, Space, Popular Flying; the books, and the characters from the works of Captain W.E.Johns.
Book discussion, reviews and pastiche writers welcome. Classifieds for selling and buying books or related items.
Join in in active James Bigglesworth talk!

It's time to shatter the myths of the Battle of Britain
'The Few' were immensely courageous, but the image of plucky Little Britain, David against the Goliath of Nazi Germany, is completely misleading
While individual squadrons were often sent to attack much larger formations, collectively they were not always so hopelessly outnumbered.
On September 15 1940, for example, the morning raid of some 75 Luftwaffe aircraft were attacked by around 275 British fighters,
while the afternoon raid of 300-plus enemy aircraft was met by 330 Spitfires and Hurricanes.
James Holland, Telegraph 15 September 2015

Knowing this in no way diminishes the immense courage of the pilots, however. Rather, it underlines the effectiveness of the RAF.

Nice pic of Members of No 249 Squadron, the top-scoring fighter squadron of the RAF in the war 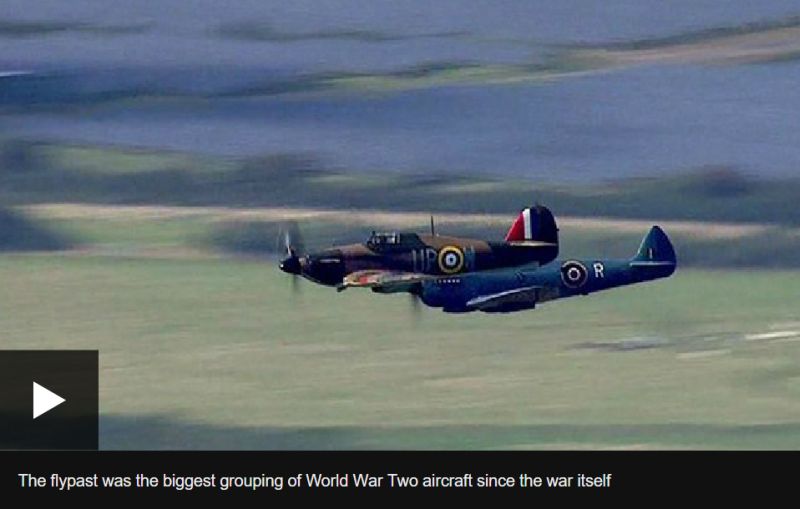 BBC: Why do we love the Spitfire?

The prefrontal cortex is a little immature in teenagers as compared to adults; it may not fully develop until your mid-20s
Are teenage brains really different from adult brains?

Exactly 70 years ago war-time leader Winston Churchill stood up and addressed parliament to hail the efforts of the aircrew who were fighting overhead.
"Never in the field of human conflict was so much owed by so many to so few," he pronounced in the midst of his speech.
"You shouldn't say it, but I thoroughly enjoyed it, I think most of the chaps enjoyed it," said Wing Commander Paul Farnes.
BBC 19 August 2010

"After all, a lot of us were volunteer reserves, we joined to fly and here we were flying one of the best aircraft as many times a day, more or less, as you could wish for. It was good fun."

Remember Winston Churchill’s phrase about "fighting them on the beaches". Well our beaches are entirely subject to the European Commission’s directives.
One of the great clichés of politics is that Britain has no written Constitution. Britain’s constitution is called the Treaty of Accession.
It has been supplemented by the Treaties of Maastricht and Nice.
John Blundell in the Business 12/3 2006

The version of the Spitfire that fought in the Battle of Britain
was powered by a Merlin engine of 1,030 horsepower and
reached a maximum speed of 580 km per hour and a ceiling of 10,400 metres.

No. 303 (Polish) Fighter Squadron
After the war, the Polish pilots felt their country had been betrayed to Soviet communism.
And they were not included in victory celebrations in Britain, nor in war films celebrating RAF heroism.
303-polish-fighter-squadron.html

No. 303 Polish Fighter Squadron
The highest scoring RAF squadron of the Battle of Britain.
No Poles in the Victory Parade 1945

As the nation yesterday marked the 70th anniversary of the beginning of the battle between the RAF and the German Luftwaffe, Les Taylor, writer of Luftwaffe Over Scotland, said a three-day attack in April, 1940, when Germany's Air Force targeted Royal Navy shipping off Orkney and in Scapa Flow, was the true beginning of the famous battle
The Scotsman, 11 July 2010

It was during the Battle of Orkney that the Luftwaffe first attempted to dominate British airspace and it was the first time the RAF used radar to direct fighters to specific points to intercept enemy planes.

James Holland, the author of bestseller The Battle of Britain, said he was sympathetic to Taylor's argument that the air battle began over Orkney:

"I don't completely disagree with him. It depends on what you call 'the Battle of Britain'.

There you can see nice pic from Getty 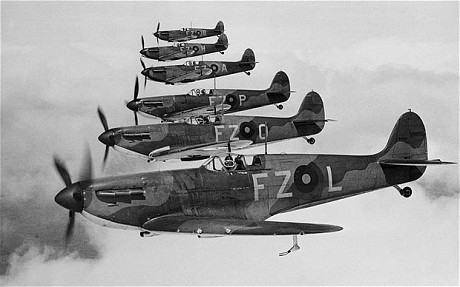 It was the morning after the night before and I was riding an elevator to the 13th floor in the European Commission.
Two men smiled at each other and one said "I hear Greece has been saved". "Couldn't be better," beamed the other, before disappearing into the vastness of bureaucracy.
It felt like news shared from a distant front: "Bastogne has been relieved" or "Malta is holding out".
Gavin Hewitt, the BBC's Europe editor blog 26 March 2010

Rome, Habsburg and the European Union 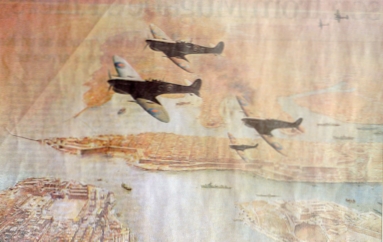 The Siege of Malta in World War Two
In May Wasp and Eagle flew in almost 80 Spitfires, and the following month Eagle delivered 55 more.
Then the Luftwaffe was diverted in order to support Rommel's further advances in North Africa
BBC

År 2004 blev Malta medlem i Europeiska unionen. Euron infördes den 1 januari 2008
Wikipedia
".......the Battle of France is over. The Battle of Britain is about to begin, upon this battle depends the survival of Christian civilization, upon it depends our own British life and the long continuity of our institution and our Empire."
Winston Churchill, June 18, 1940

Vera Lynn: When I Grow too Old to Dream

The Battle of Britain: in pictures
Telegraph February 2017

Book: AMONG THE DEAD CITIES:
Was the Allied Bombing of Civilians in WWII a Necessity or a Crime?
by A.C. Grayling
Financial Times 25/2 2006

Was the deliberate targeting of German cities by the Royal Air Force in the last three years of the second world war justified by the threat to Britain and its allies, and by the moral depravity of the Nazi regime? This historical and moral question - also of contemporary relevance - is asked by the philosopher A.C. Grayling in Among the Dead Cities.
His answer is: no.

About the book at Amazon.UK

Under the names of "relativism" and "postmodernism", today's prevailing style of thought has it that we can believe what we like and that all beliefs are equally valid, because there is no such thing as truth or objectivity.
RE: Exempelvis, att en uppstoppad get med ett bildäck om sig kan vara konst...
A.C. Grayling, Financial Times, 23/7 2005

The Battle of Britain History Site
*

about Major James Bigglesworth, known to all as "Biggles" at Wikipedia, the free encyclopedia. 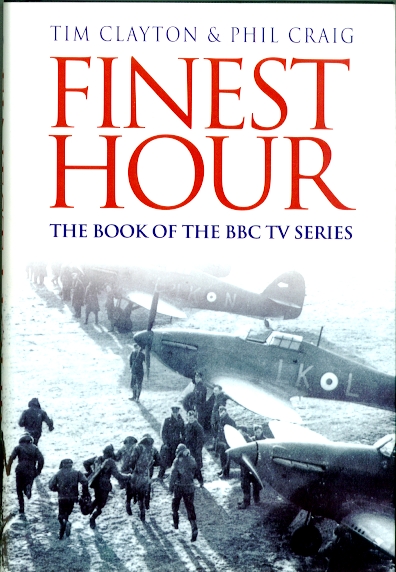 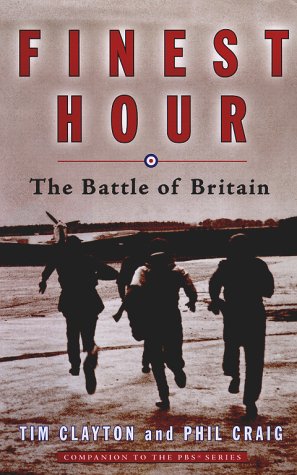 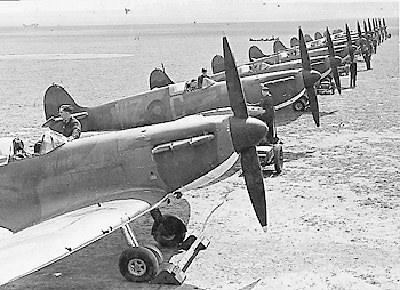 Sixty years after the Battle of Britain, the Blitz on London and devastating raids on other UK cities, there will be memorial services and tributes to those, especially pilots, who prevented an invasion in 1940 by German forces during the Second World War.

The greatest onslaught came on September 15 as the Luftwaffe attempted to flatten London to prepare for an invasion two days later. But a strong defence by Allied fighter aircraft repulsed the attack and ended the attempt to invade.

Antoine de Saint-Exupery
Antoine de Saint-Exupery, the pilot and author of the beloved tale "The Little Prince," took off on a World War II spy mission for the Allies and was never seen again. After 60 years, officials have confirmed that the twisted wreckage of a Lockheed P-38 Lightning, found on the Mediterranean seabed not far from the rugged cliffs of Provence, belonged to Saint-Exupery
http://edition.cnn.com/2004/WORLD/europe/04/07/saint.exupery.ap/index.htmlhttp://www.saint-exupery.org/
http://www.westegg.com/exupery/

Twenty-one Spitfires flew across central England yesterday in one of the biggest gatherings of the aircraft since the second world war.

The crowd of more than 30,000 people at the Imperial War Museum's airfield about 80 km north-east of London included Mr Gordon Mitchell, the 75-year-old son of Reginald Mitchell, who died soon after the first Spitfire made its first flight 60 years ago.

Air Vice Marshal "Johnnie" Johnsson, one of the top-scoring allied pilots of the war, said at the airfield: "I am surprised at the interest, but I think the Spitfire has become a kind of immortal thing that people feel helped gain them freedom."

The Supermarine Spitfire, powered by Rolls-Royce engines, was the most famous fighter flown by the Royal Air Force in the war. Forty-seven Spitfires are believed still to exist.

"Biggles and the bleating bulldog"

"Those were the days - of modesty, responsibility and British stiff upper lips"

Last week ... members of parliament spoke of Europe's plot to bring down Britains agriculture. So the two patriotic themes of the past fortnight evolvet: blame the foreigner and demand his cash.

Some readers may, like me, have been reared on a literary diet of Biggles and G.A. Henty. The former was a gallant airman and detective who outwitted the King's enemies from the Somme to Singapore. The latter told tales of schoolboys who could, with a piece of string and a catapult, save their friends from certain death at the hands of Neptune or a Fuzzy-Wuzzy.

Biggles and Henty were not, as the shrewder reader will have deduced, politically correct. But knew what it meant to be British. It meant taking the blame, even when unfairly blamed; accepting responsibility for one's actions, relying on oneself to get out of the mess, and it meant not talking about money.

Today Sir James Bigglesworth, MC, is the Conservative Member of Parliament for Derring & Pluck . In a speech to the House on Mad Cow day he said:

- We are faced today of a crisis of our own, albeit unwitting, making. It may have been exacerbated by foreigners but we recognise that the actions they have taken conform with their national interests. And we accept that these have saved us from the humiliation of seeing Salvador ban our meat one day and Somalia the next.

- We all recognise that mistakes, quite innocently, have been made. We shall overcome their consequences as we have overcome other crisis in our long history; by ourselves, and with our own resources. If that means sacrifices, so be it. If that means lifting burdens from the few and placing them on the shoulders of the many, so be it. If there be guilty men let them come forward - but we seek no scapegoats. This may not be our finest hour, let history not judge it our least worthy.

This, of course, is pure fiction: who would have voted for someone who could spout such nonsense and so flagrantly undemine his country's interests?

If you have other sites to recommend - your own or otherwise - please do!